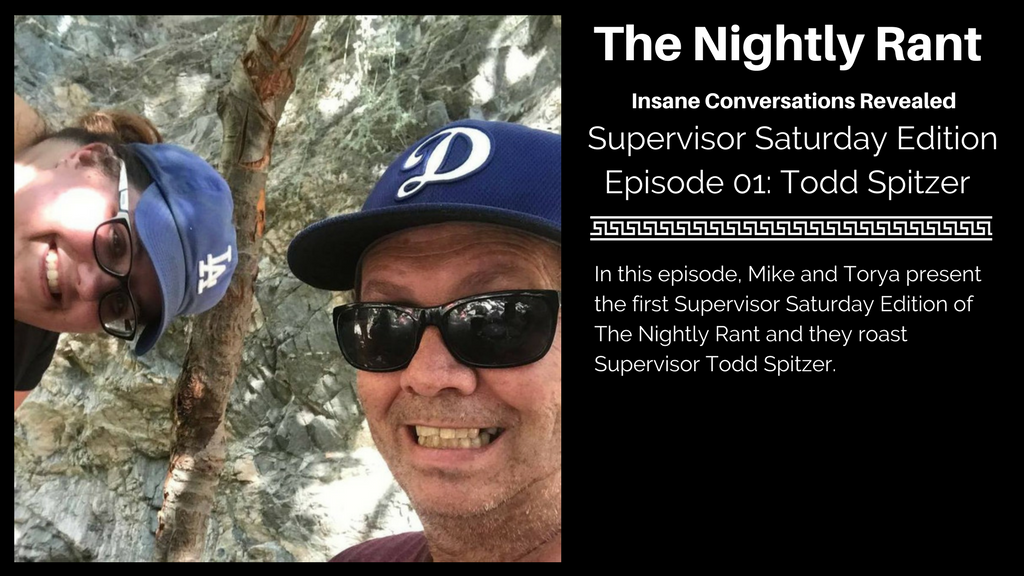 In this episode, Mike and Torya present the first Supervisor Saturday Edition of The Nightly Rant and they roast Supervisor Todd Spitzer.

The media has been all over the Santa Ana Riverbed homeless encampment issue here in Orange County. In large part, they've given Supervisor Todd Spitzer an open forum to spout his version of the facts. The problem is that his version of the facts is completely wrong. He has no idea what he is talking about. He spreads lies about the situation. He takes credit for “fixing” the situation. The reality is that it took an order from a Federal judge before anyone took real action on this issue. The homeless have told us directly to our face that this past week was the first time any kind of services were offered to them FROM THE COUNTY OF ORANGE! I believe the County of Orange is playing word games here. I believe they have had the sheriffs offer help under the guise that those were offers of service, but the reality is they are not offers of service. Todd Switzer lacks transparency and to us, that means he fails as a leader.

Todd Switzer stated in a television interview that if Governor Jerry Brown would declare a state of emergency, he and his colleagues could solve this homeless issue. Mike took that as an opportunity to ask a simple question to Todd Spitzer:

“If Governor Brown declared a state of emergency, what's the first thing YOU would do?”