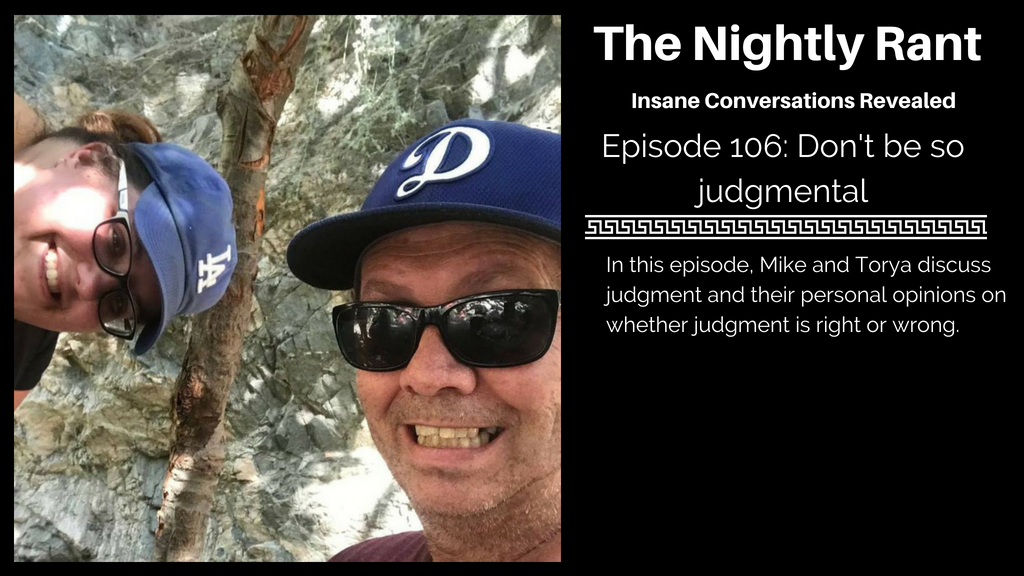 In this episode, Mike and Torya discuss judgment and their personal opinions on whether judgment is right or wrong.

Listen to The Nightly Rant Episode 106

Mike opens the show talking about their recent physicals. The two then transition into a discussion of their Cirkul water bottles.

Mike explains what Cirkul is all about. Mike points out they need to be more healthy.

Mike then transitions to a discussion about judgment. He says we shouldn’t judge others and Torya says judging is necessary to tell who is good and who is bad. Torya says that judgment is what a judge does–deciding if you are good or bad. Mike points out that judges don’t always point out good and bad, sometimes they simply apply a monetary value to the case.

“The ability to make considered decisions” — the definition of judgment