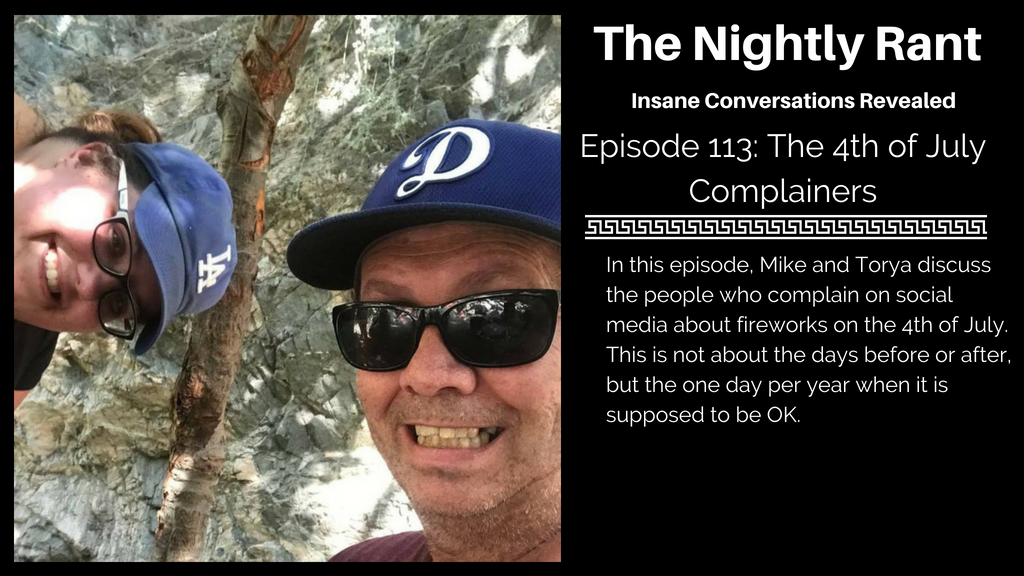 In this episode, Mike and Torya debate whether or not it is wise to publicize the locations of these checkpoints ahead of time. They also discuss a variety of things they've been up to.

Listen to The Nightly Rant Episode 113

Regarding the 4th of July, Torya agrees with Mike that people should find a way to deal with it for that one day per year.