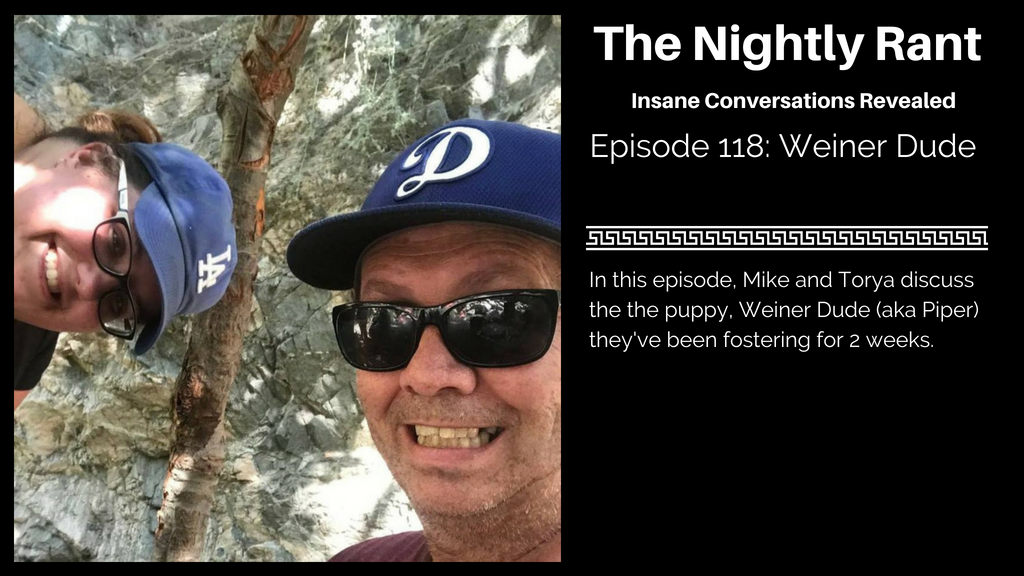 In this episode, Mike and Torya discuss the the puppy, Weiner Dude (aka Piper) they've been fostering for 2 weeks.

Listen to The Nightly Rant Episode 118

Mike opens the show letting everyone know that “Weiner Dude” (aka Piper) has just a few days left until he goes to his forever home. Torya says he won't bite her anymore. They are going to miss him. Mike says he's never seen a puppy who loves all living creatures. He loves everyone. He has no bias towards any creature…he accepts everyone as they come. He thinks chewing on people makes them happy…and most times it works.

As a Daschund and a puppy, he has a major advantage. People love his look and they all want to talk to him.

Torya says she couldn't do a show like Married At First Sight because she couldn't make a decision in just 8 weeks. Mike points out that you don't have to commit to a lifetime after 8 weeks, just another 8 weeks at a time. You have to give the other person a chance to prove they fit with you. He uses sports tryouts as an example. He points out that everyone has at least one day where things are awful and we can't judge them based upon that one day.