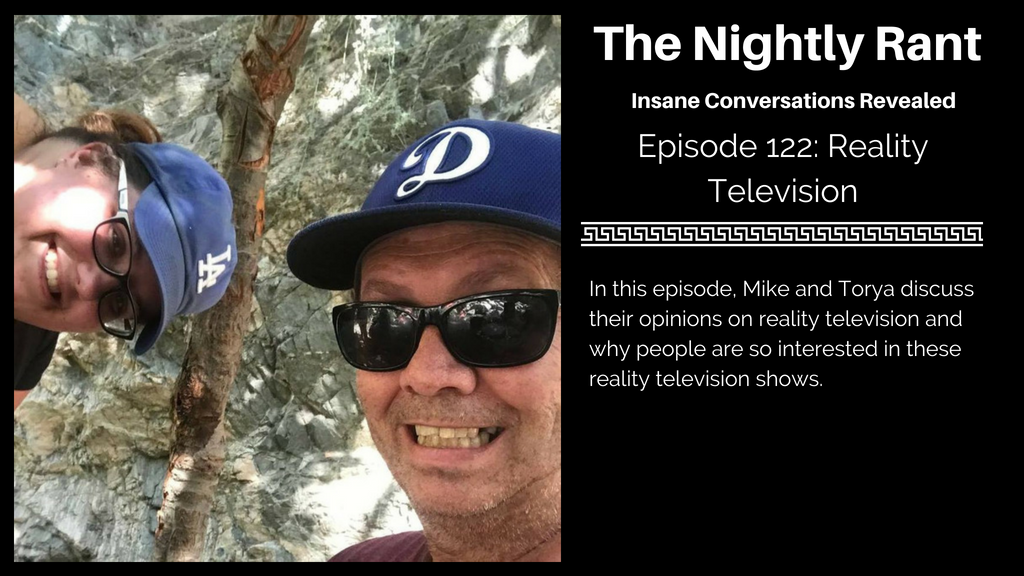 Listen to The Nightly Rant Episode 122

The Nightly Rant was always intended to be a 5 day per week show. When we started it we naively jumped in and began recording and releasing episodes. After more than 120 episodes, we have learned that we need to get in front of the content release schedule. As part of our new marketing plan here at Yogi's Podcast Network, we have built up some content ahead of time and will begin scheduling that with this current episode. Episodes will be released Tuesday thru Saturday. If something happens and we can't record on a certain day, we will re-release an older episode as a reminder to listeners how amazing our podcast is.

Mike opens the show by pointing out that some people think they are funny. This leads to a discussion of whether or not Mike, himself, is funny or not. Mike says that for every 4 people you meet, 2 people will be funny and he is one of them.

Mike says they spend a lot of time during the day solving problems. He says sometimes it is nice to have a television show that you don't even have to pay attention to. He says that Floribama Shore is that show for him. Mike claims every member of the cast is drama queens. They push each other's buttons. When they go out they continually start fights with everyone. It is clear that the production crew asks them to push the envelope a bit. Mike then compares Floribama Shore with The Jersey Shore. He says the last season he watched of The Jersey Shore was the best one he has seen yet.

Torya says that The Jersey Shore is dumb. Mike says Torya's approach towards The Jersey Shore is just like the Trump haters. Trump could cure cancer and they would complain he put oncologists out of business. Torya doesn't understand why people like watching people with less than half a brain make idiots of themselves on television. Mike says that many people want to do stupid stuff like these people do. He says the Floribama Shore people are like matches and gasoline together.

Mike reminds Torya of the message she sent him regarding the new show they are working on. He explains that the person could be a guest, but not the host.

Torya then goes back to why people watch reality television. She points out that she likes 90 Day Fiance and Married at First Sight and those people are also idiots in her opinion. She can't figure out why she likes watching those shows.

They then discuss how these reality stars whine so much. Mike points out the format wherein they use tell-all episodes to break up the season. Mike says that when the Teen Mom crew started talking to the producers it started to change and ruin the show.

Torya then brings up a musician from Canada that she likes who has been accused of sexual abuse and he has turned himself in. This leads her to believe he did what he's accused of. Mike asks does this change anything about the music. Torya says that hearing his music upsets her. Mike says that's a perspective and she should honor her own perspective. Torya says the music has stopped making her feel happy and just reminds her of what he did. Mike says he understands. One of his favorite bands, As I Lay Dying, had a similar situation. He said after the accusations about AILD, their music had less effect on him.

Torya points out that she finds people who tell her how to live her life offensive. Mike brings up the Brown family who had to leave Utah because of the definition of polygamy. They defined it as living together as if you are married. Mike points out that what people do with their personal lives is their business. What if the neighbors bring home a bunch of people to have sex? Does it change their lives? No!