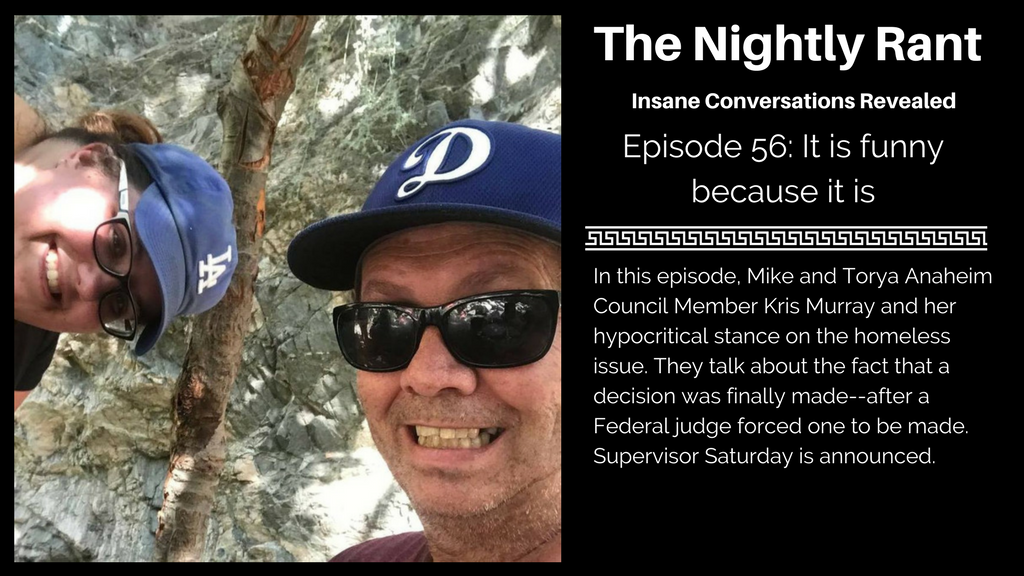 In this episode, Mike and Torya Anaheim Council Member Kris Murray and her hypocritical stance on the homeless issue. They talk about the fact that a decision was finally made–after a Federal judge forced one to be made. Supervisor Saturday is announced.

Listen to The Nightly Rant Episode 56

What happens when Mike gets elected to the Board of Supervisors? (3:40)

Mike says Kris Murray and the Board of Supervisors can't make tough decisions unless forced to do so by a judge (9:20)