The Experiment of One and the Philosopher, Carlos DeJesus

In this episode, Mike welcomes his dear friend and mentor, Carlos DeJesus. Carlos has amazing insight into what it takes to get into and say in the best shape of your life. Carlos loves being a personal trainer because he loves helping people. He has won several bodybuilding titles. He was Mr. European from 1977 to 1980, Virginia State Champion in 1980, Natural Mr. USA and Natural Mr. North America in 1981 and Mr. Natural World in 1985. He is a philosophy and thought mentor. He lives in Virginia with his lovely wife Sue.

Carlos has been a personal trainer and involved with fitness since 1985 and has been certified since 1992. That is more than 30 years. He sticks with it because he feels like he knows the truth. He knows what helps people. He can see their frustration. There is a lot of misinformation out on the internet and it frustrates those who are trying ot get in shape. He talks about the Experiment of One. What works for you right now. It is a moving target. He wants people to avoid mistakes.

Carlos explains the Experiment of One. He says it is the discovery of self. His own wife has just discovered her best mile, which he refers to as her “magic mile.” As soon as we find something that should work, but doesn’t, we are getting feedback from our body. What works is a moving target as you get older. Recovery time changes. The Experiment of One is getting to know who you are and what works for you now.

Mike talks about how Carlos turned him on to HIT training that was 3 days a week. He recalls about 4 weeks into the program he was having a hard time picking up his numbers on the deadlift. Carlos recommended two days of training rather than three. When Mike did this, all his numbers increased.

Carlos talks to us about the wooden gym. It came out of his own needs as a bodybuilder. He says he was taking up too much time on the equipment doing supersets, so he figured that he would need his own place to train. This meant needing equipment. His salary didn’t allow for that to happen. He began experimenting. He recalls in 1974 he had some bad back problems and could not squat. He looked for ways to stimulate his quads. By chance he found that if his feet are stationary and he can keep his tibia stationary, he got lots of stimulation in his thighs. This is how he came up with the Quad Blaster. Using the Quad Blaster and leg extensions, he got into good enough shape to win the Mr. Natural World.

Carlos discusses nutrition. He says when he was competing he didn’t eat 6 meals a day. He ate 4 meals a day and stopped eating when he was no longer hungry. He says this has not really changed. He has tried the current fad diets. He got an email from a natural bodybuilder who tracked all of his meals and supplements. The email was full of the word “I” and Carlos decided this guy found what worked for him. Carlos got the program and found it didn’t work for him. He says nutrition is almost ethnic. He brings up several examples that are definitely ethnic. Carlos says that you have no loyalty to what doesn’t work. He says to conduct the Experiment of One with your nutrition. Find out what works for you now. Stick to that approach. Jack Lalanne was doing intermittent fasting before it even had a name. He was intuitive and experimented to see what worked for him, barring anything unhealthy.

Carlos says that tracking results is the only way you konw if your experiment worked. He says to note how you feel. Do you have extra energy or are you more tired? Do you see the results you’re looking for or do you need to adjust?

Carlos says recovery is the hinge the door swings on. When you hit the gym and are not recovrered, you are taking something good and turned it into something bad.

Mike recalls a conversation with Carlos where he referred to training as digging a hole. Your body is forced to refill the hole between training sessions.

Carlos says he tracks all his workouts to this day because it is the feedback he has. He even logs partial reps. He tracks everything because he knows he will not remember later.

Mike reminisces about some of the wisdom Carlos has shared over the years. Carlos recalls the one saying about pain that says “Go Beyond!” Carlos points out that we should only settle for discomfort, not pain. Mike says this concept has driven him. He pushes harder because of the principle of “Go Beyond!”

Carlos says that people need trainers to help them know how to think. They need mentors. They would be better off taking money and spending it on a consult with a trainer rather than buying some prgram off the internet.

Mike recalls reading in Arnold’s autobiography that they would do high repetitions on an exercise to see exactly what muscle it hit and how. They would conduct experiments to find the answers.

Mike says he feels like a psychological counselor when he trains people. He has to push them harder. He has to talk to them about their nutriton and help them deal with the issues they face. Carlos agrees. He says so many people have no idea what they are capable of. He encourages his trainees during their training. He helps them with the psychology of getting the next rep. He tells them to “do them all”.

Mike mentions that natural vs. enhanced is someone’s personal decision. At the same time, even if they are enhanced, they have to still do the work. People need to pay attention to this because they cannot do the enhanced workouts when not on the enhancement drugs.

Carlos says the most frustrating thing he deals with as a personal trainer is when someone is not honest with him. He recounts a story of working with a woman who was going through a program he designed and not seeing any progress. The woman asked if perhaps a drink at night was making a difference. She claimed to be having one drink per night. When Carlos spoke to her physician he let Carlos know that if a drinker admits to 1 or 2 drinks a night that they are probably having 3 or 4. As Carlos delved more into the issue he found out she was eating anything she wanted. This lack of honesty upsets Carlos because it hinders his ability to help the people he wants to help.

Carlos points out that people need to want it. They can’t be forced to do the training. He recounts a story of a man who received his intake forms over a year ago and has not yet returned them.

“If we are problem-focused we cannot be solution-minded.” — Carlos DeJesus

Mike talks about how people are shocked when all they do is stop drinking soda nad how much weight they lose. 6 sodas is more than 1000 calories! Cutting that out is a huge step in the right direction.

Mike recalls Skip Lacour giving advice on a radio show. He told the caller to stop eating pizza or hamburgers at night. He recommended eating a salad at night instead. Over time they tightened things up even more. With small changes, the guy eventually got to the goals he was looking to accomplish. Mike points out that with 80% compliance, if you eat 5 meals a day, you can have one meal every day where you eat poorly and still do great.

Mike asks Carlos who he would hire if he could hire anyone as his own personal trainer. Carlos says he wouldn’t go to the trainer if he can do the same thing the trainer does. He says he alone can find the answers that work for him. He doesn’t feel anyone can have the passion for getting him in shape that he does. There are great trainers, but they will only find out what Carlos already knows. He points out again that fitness is a moving target based upon your age.

Mike says that he agrees with Carlos. He has gotten himself into shape and allowed it to fall away multiple times.

Carlos says that this is what drove him to become a counselor. He knows that a trainer cannot necessarily motivate you. He says a life coach can take you from where you are to where you want to go. A trainer can help you learn how to think.

Carlos summarizes by saying that if we can teach people how to think, they will know what to do.

“How do I think when I don’t know what to do?” — Carlos DeJesus

Connect with Me on Linkedin 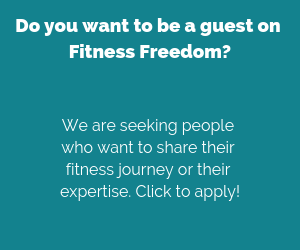 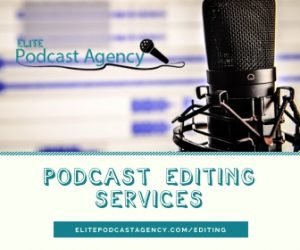