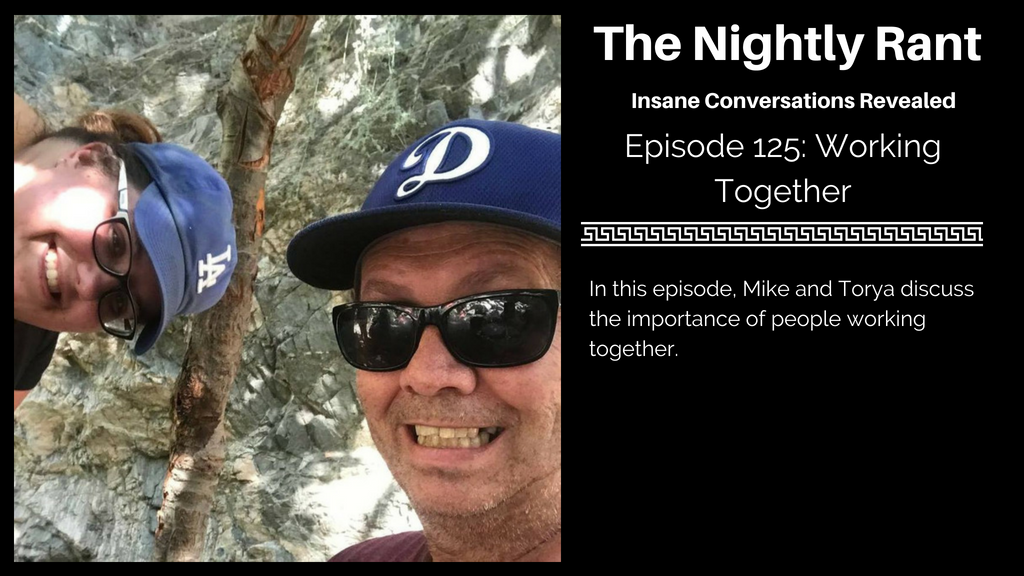 In this episode, Mike and Torya discuss the importance of people working together.

Listen to The Nightly Rant Episode 125

Mike discusses the strange experiences he has had since he’s known Torya. He gives a shout out to Apple for fixing his watch. He then mentions they were having a conversation on the way home and the things he went through after divorce. He talks about how certain people tried to rip him off but were not smart enough to pull it off.

People need to work together. That’s how progress is made in society. Mike then imagines the drama that would have ensued with their apartment building Facebook group if certain past tenants were part of the group.

Mike begins a discussion of Odie, the albino Chiweenie that is their current foster dog. He says Odie wants to play with all the cats. He is determined to get Pretty Girl to play with him, but she hisses at him. Odie is afraid of Pretty Girl.

Mike says Odie is a super sweet dog. He loves everyone. He is eliminating all of his bad habits. Torya says he is more independent in a good way. Mike says he likes Odie more than he expected. Torya says she has become attached to Odie.