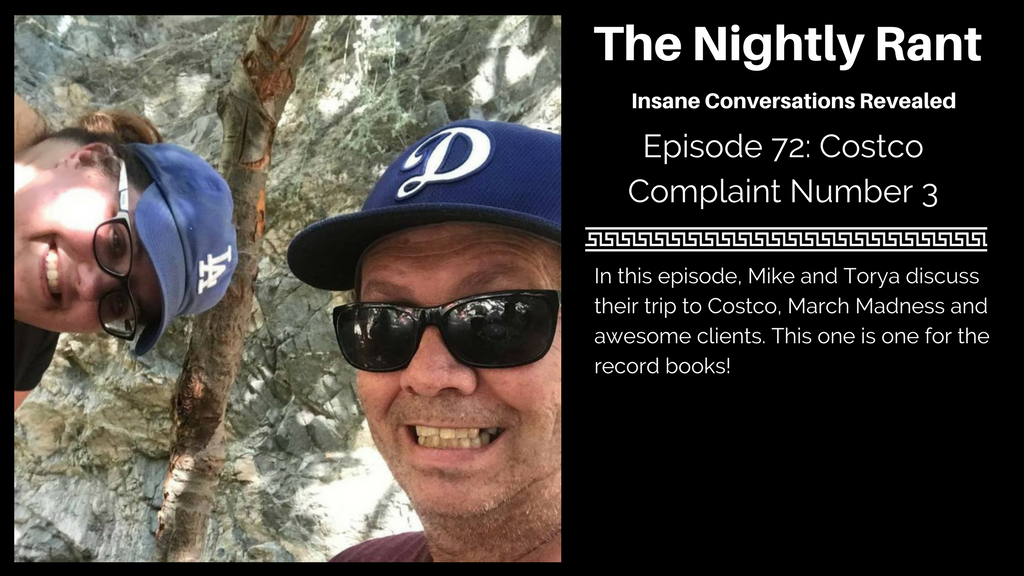 In this episode, Mike and Torya discuss their trip to Costco, March Madness and awesome clients. This one is one for the record books!

Listen to The Nightly Rant Episode 72

Mike leads straight into Costco Complaint #3. A discussion ensues about a trip to Costco. Multiple customers in front of Mike and Torya had issues with their cards. When they got to the front their card was declined as well. The Costco ATM was dead. Finally, a supervisor helped get things approved.

Mike says the irony was that there were no “people of Costco” this trip. The problem was that the cashier was rude and didn’t understand they were having a technical issue.

Mike talks about his massage at Kimberly’s Relaxation Spa. The massage was amazing.

Mike mentions that if you’re a small business, contact him at mike@electmahony.com to discuss issues you’re facing.

Mike brings up March Madness. He says that it is the first time in years that he put in a bracket. This leads to a discussion about March Madness.

Mike is planning to write a book about small businesses.

They then talk about how posting too often on social media loses followers.